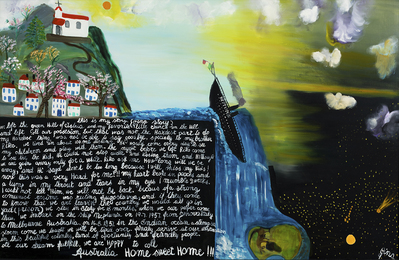 Read more about this collection

Local artist Gina Sinozich (b. 1930 - d. 2020) has a special place in the history of Casula Powerhouse Arts Centre. She was a regular exhibitor, patron and supporter of the Centre since she first started painting in 2000 at the age of 70. Over the last two decades, Casula Powerhouse Arts Centre has held several exhibitions of Gina’s artwork, including Midnight Wedding (2002), Dream Wedding (2004), Istria: 1943 – 1945, Liverpool Hospital 1961 and Living with Dementia (2005) and The Survival of Stalingrad (2014). Few other artists have had such an ongoing relationship with the Centre as Gina.

Gina used painting as a means of retelling and recording the stories of her life. She was a prolific artist whose work is visually accessible yet highly distinctive. Her life and the lives of those around her were played out in paint to communicate memories for posterity and emotional relief. It was Gina's observational skill, honesty, and charming yet affecting depictions of events that elicit such strong responses from audiences and made her such an outstanding artist. 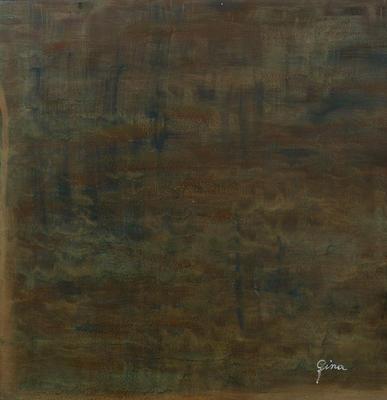 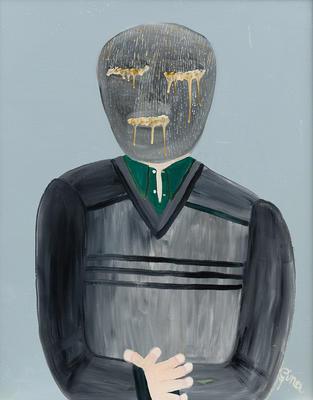 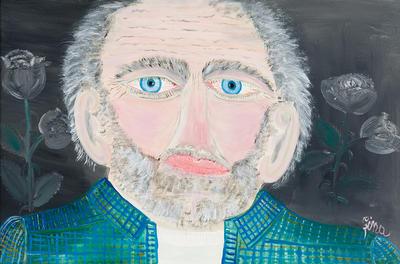 Gina Sinozich my rose is fading in the dark 2005 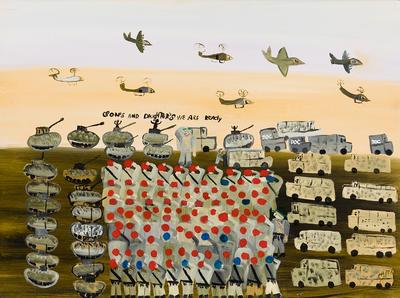 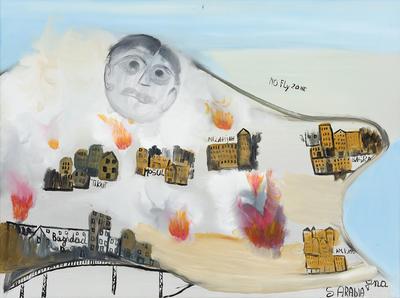 Gina Sinozich army convoy on the way from basra city to nasarijah. oil well on fire. 2003 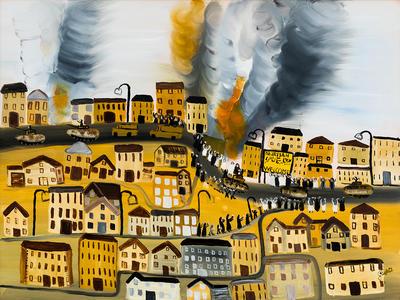 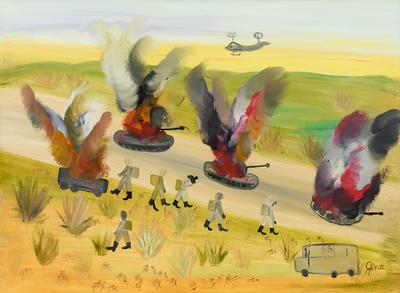 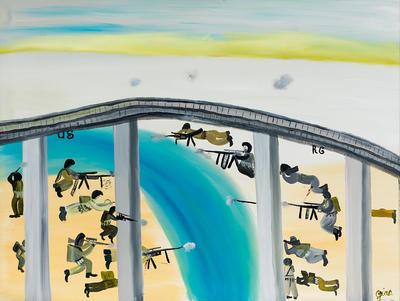 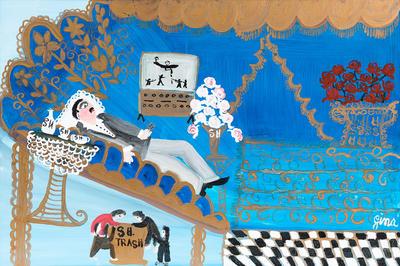 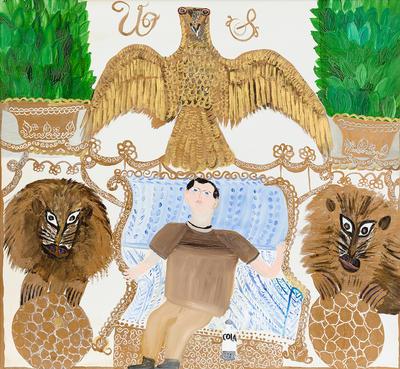 Gina Sinozich Fighting in the sand storm in Mosul 2003 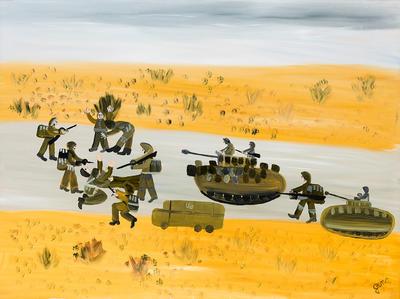 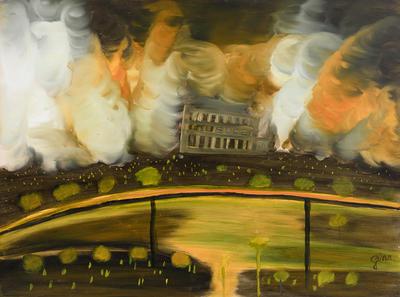 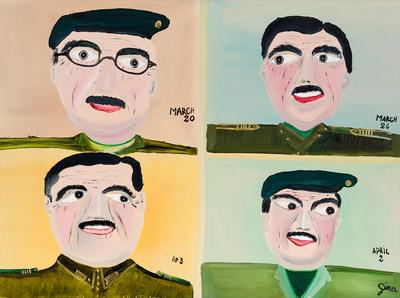 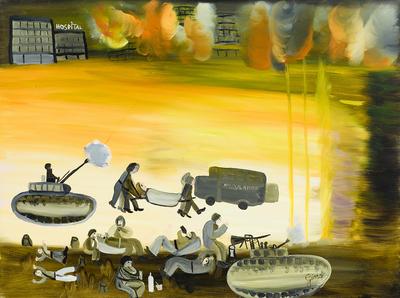 We would like to acknowledge the Cabrogal Clan of the Darug Nation who are the traditional custodians of the land that now resides within Liverpool City Council’s boundaries. We acknowledge that this land was also accessed by peoples of the Dhurawal and Darug Nations.